It was a wonderful turnout for the weekend with 25 bowlers taking part, including several new DBE members. I had to close the entries earlier than the stated date as we couldn’t have fitted the rounds into the two days we had the green booked, and this was without the wheelchair bowlers who had a fixture elsewhere in the country at the same time.

We had bowlers from literally all parts of the country, North East, North West, East Midlands, West Midlands, South East and South West plus two from Wales.

The players were split into groups playing a round-robin format followed by Quarter’s, semi’s and final. All matches were played to 21 shots up or one and a half hours whichever came first.

Results were as follows, Quarter finalists;

They don’t come any closer than that!

Over the whole weekend there was some wonderful bowling. It never fails to amaze the spectators as to the high standard these bowlers play.

As is always at Gedling IBC, the helpers were terrific !  At the closing presentation, Terry Mathews spoke to the crowd on behalf of the visually impaired bowlers and the rest, to show their appreciation for the helpers and markers.

The atmosphere of the whole weekend was one of friendship, good humour and sportsmanship, and we received many very positive comments, especially from the new members.

Only 6 weeks to the next, the Plant Welding Triples on 30th April 1st May.

Hope to see you then.
Margaret Smith. 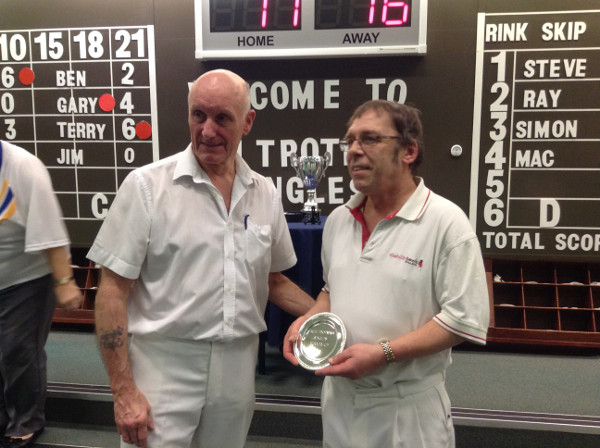 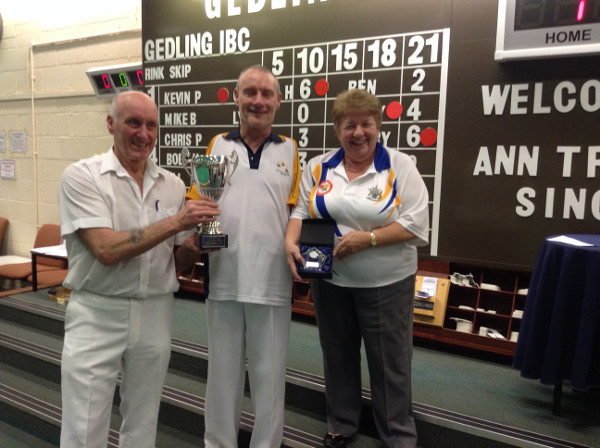