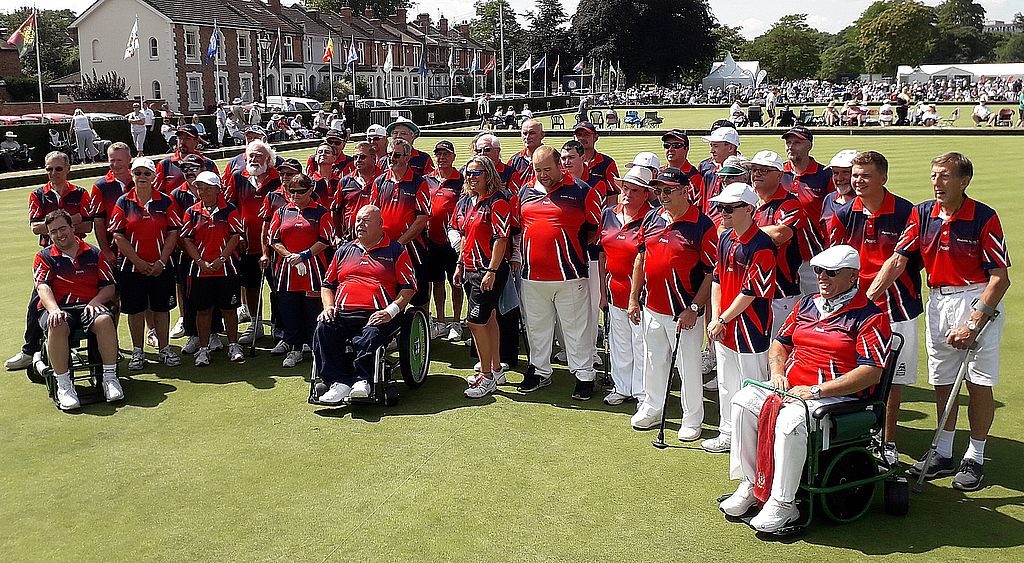 Bowlers from every corner of the country travelled to compete at one of the best outdoor playing surfaces in the country  under the blazing sun and temperaturs as high as 28 deg C.

Competing over six rinks of triples the match was a tight affair from the off.  The South, dressed in blue below the waist and the North in white, battled end after end not giving an inch to the opposition.  Copious amounts of water were supplied to keep the bowlers hydrated whilst the lead swapped end after end.

Searing heat did not stop the bowlers as they entertained their largest audience ever, right up to the very last few ends.  With 2 rinks still playing and at the start of the last 2 ends, the North lead by 1 shot.  The North piled on the pressure by holding 3 shots on rink 6 before the South skip drew a stunning shot within 1 inch of the jack, tying the match but, little did they realise, that on rink 3 the North took the decisive shot, wining the challenge 97 – 96.  Fantastic bowling and excitment for everyone.

The bowlers were honoured by the appearance of mulitple World Champion, Tony Allcock who welcomed everyone to the National Championships and praised everyone for their performance under such hot conditions.  Finally, Maggie Smith presented the trophy to the victorious North squad.

Thanks go to Royal Leamington Spa Bowls Club for the use of their excellent facilities, Bowls England for including our tournament during their National Championships, DBE organisers Maggie Smith, Mo Monkton and all the other helpers and supporters.

See you all at Solihull on 29th September.