This years Gedling Open Pairs competition was, again, very well attended over the weekend of 17th/18th August. Organiser Maggy Smith, in her usual efficient and cheery style arranged all 24 bowlers into two round robin groups of six pairs. 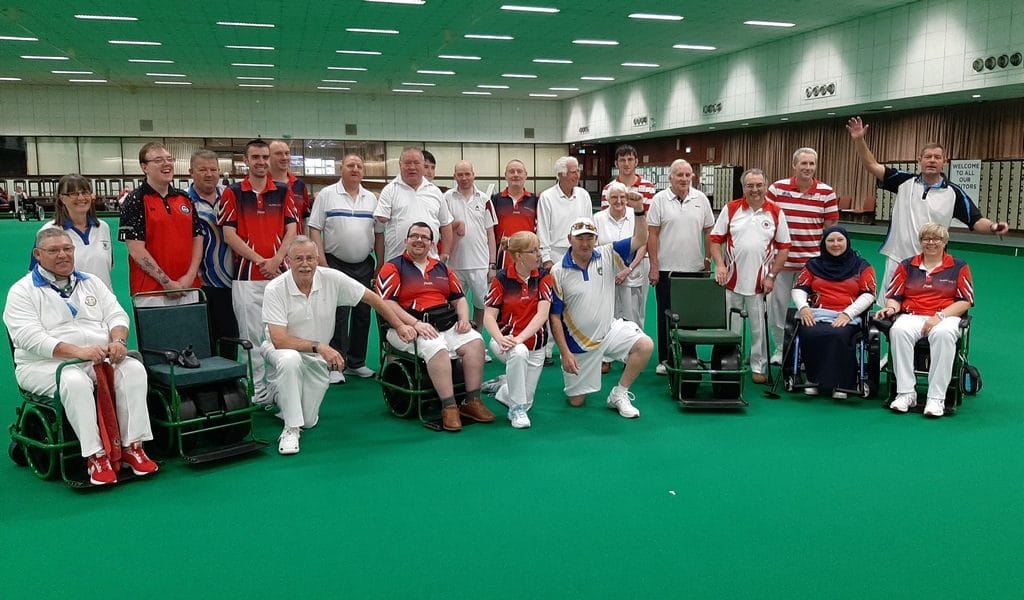 Matches were played over 90 minutes each, one shot counting on the first end only, killed jacks being re-spotted on the ‘T’.  Winners of each group played in the final for the trophy and and group runners up played for 3rd and 4th places.

Colin Wagstaff and, fellow Club member, Daniel Adams played Gary Swift of Harrogate and John Rogers from Tamworth, this was an extremely close affair with Colin and Daniel winning by 1 shot to take 3rd place.

Helen & Bob looked to repeat last years success meeting Steve Bigg & John Greaves.  Both undefeated in their respective groups.  The early ends were extremely close with the lead changing frequently before the experience of Helen & Bob took them into the lead eventually winning by 7 shots.

Well done to all competitors treating the many spectators to a high standard of bowls.  Thanks go to organiser Maggy Smith, to Gedling IBC for running the competition, to their many helpers and Mr Bill Blaney for sponsoring the tournament, trophy and prizes. 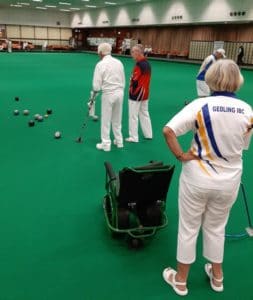 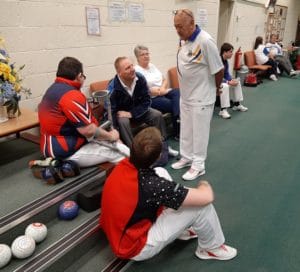 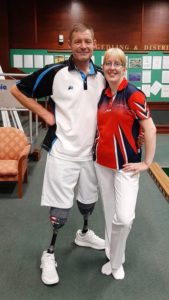