It was an excellent turnout for this year’s tournament with 10 teams of triples competing over two days. The entries coming from far and wide, Wales, Sunderland, Hastings and many more places in between. They included many different disabilities and familiar faces as well as several new ones.

Once again the event was generously sponsored by Doug Carlin of Plant Welding Engineering, Colwick, Nottingham. Doug’s father first sponsored a bowling event at Gedling IBC, Nottingham back in 1997 and continued to do so until he retired several years ago. Doug has carried on ever since.
The teams were split into two groups, playing a round – robin format followed by a top team playoff for 1st, 2nd, 3rd and 4th prizes. The games being 2 hours duration.
It was really good to see some of the very experienced bowlers entering with some of our new recruits. These tournaments are not only very competitive but also good social events and great ways to meet up with old friends and also make new ones.
At the end of the round-robin stage the top team from each group were as follows.

These teams competed for 1st and 2nd prize. The eventual winners being Bob, Gary and Keith, 12 shots to 8 after 10 ends.
The teams taking second place after the round-robin playing for 3rd and 4th prize included two husband and wife pairs on opposing sides!

Kevin, Percy and Pat being the victors in this match winning 10 shots to 8.
Close shave Kev!
The Gedling helpers were as always, excellent, making life much easier for the bowlers and adding to the enjoyment of the whole weekend!
We all look forward to the next event at Gedling IBC which is the Open Pairs, August 7th & 8th.
Only a few places left, so get your entries in asap. 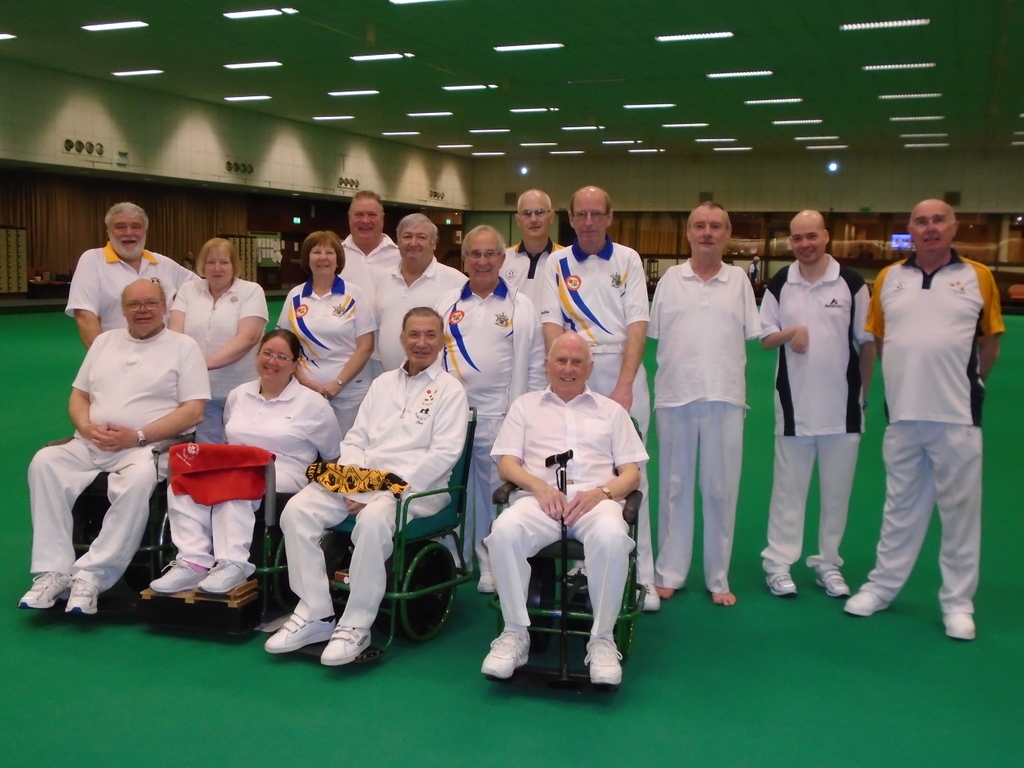