A good number of players and potential new members from all over the South West Region attended the first outdoor regional Coaching & Taster Session held at Taunton Deane BC on Sunday 1st May 2016. 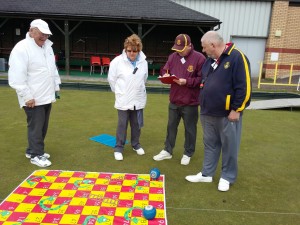 It was great to see players with a variety of disabilities come together and spend time with each other on and off the green. This type of event will help develop players of all abilities and build a good team spirit for the future South West Squad.Players enjoyed the skills based coaching after which prizes were awarded to the player with the highest score on each of the skills.The “Snakes & Ladders” challenge was a great attraction and a lot of fun. 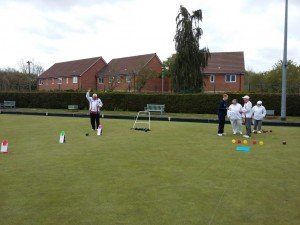 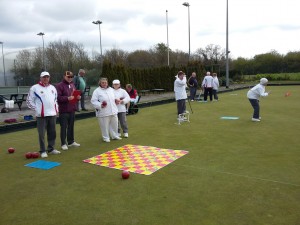 During the lunch break players were made aware of the matches and competitions available and encouraged to put their names down to play. After the break players took to the green to put the skills into practice and played a short match before heading home.