Disability Bowls England sent an International Squad to Glasgow between 9th-13th June 2016 to compete in the Home Nations Championships against Scotland & Wales.
2 teams of 5 physically disabled players along with a team of 5 visually impaired players and directors fought it out on the famous Kelvingrove greens used for the 2014 Commonwealth Games.

Matches were generally very close and after a weekend of intense play Scotland were deserved winners and lifted the impressive trophy.

England and Wales had a great battle for second place and the final session was a very exciting ending to the Championships. With the countries level on points, it all came down to the result of the last match. England were one shot up going into the final end but Wales managed to get the 2 shots needed to win the game and secure second spot behind Scotland.

The event was such a success that it has been agreed to host an annual Championship with each country taking it in turns to host. 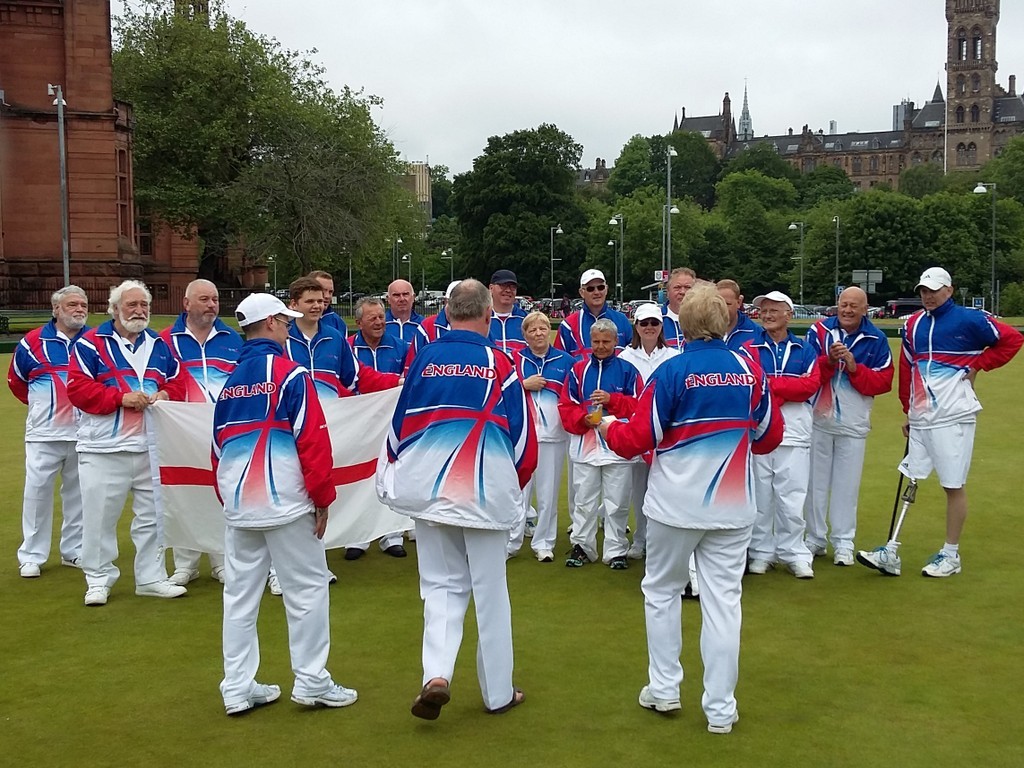