The second SE Region Event was held at Horsham Indoor Bowling Club where Geoff Kentish, his members and staff made everyone feel very welcome.

Following on from our own assessment of the pilot events and from feedback from members the format of the day was changed to include the following; –

Overall the day went very well and was a great success with all bowlers from Both DBE and Horsham enjoying their experience whether as part of the match, coaching or watching. So much so that the club has invited us back next year to run the event again.

The event was well supported by our membership which consisted of varying levels of experience and with several disability groups being represented. One to mention was Georgia Tucker (aged 16) who attended her first DBE event and played to a very good standard, well done to her. 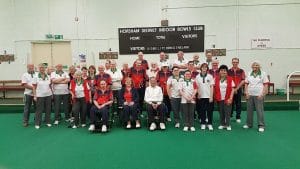 The Final Rink Scores were : – 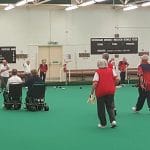 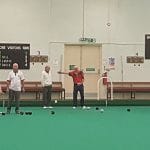 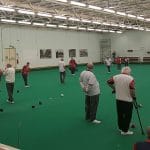 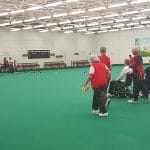 My thanks to go club for allowing us to use their excellent facilities and to all the volunteers who helped me out throughout the day with admin, assisting bowlers on the green during the match and as part of the coaching/taster session.