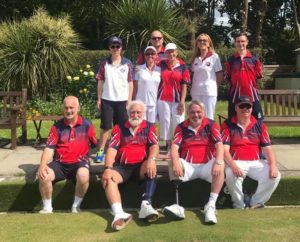 A total of 40 bowlers entered the singles playing off at 5 venues competing for the final 8 places to be played off at Leamington Spa on Sunday 14th July.

Results from the various venues showed many very closely contested matches often with bowlers losing out by 1 or 2 shots only.

Feedback from the ‘Host Clubs’ was very positive, and all of our bowlers should be proud of their performances and their conduct on the green.

Congratulations to the qualifiers and commiserations to the rest, as the saying goes ‘If at first you don’t succeed, TRY, TRY AGAIN’.