Due to illness, several bowlers had to withdraw from the competition which would usually be run on a knockout basis it was decided to form 2 groups, play a round robin with a final. This guaranteed each bowler plenty of bowling during the day.

Winner after round robin was Claire Domville.

Winner after round robin Daniel Adams.

During the day our classification team classified two of our new members which now means they can compete in the classified singles in the future.

All in all, it was a good day and enjoyed by all.

The medals and trophy were presented to the winners by Gedling IBC President Mal Frost.

Maggy Smith, DBE Competition Secretary thanked the markers and helpers and wished everyone a ‘Happy and healthy New Year’ and safe journey home. 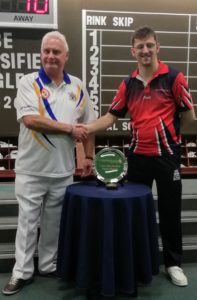 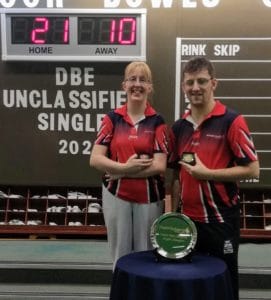