Despite the countrywide snow and ice, it did not deter 18 of the 20 bowlers who entered travelling from all over the country to play in the DBE National Classified Singles Championship.

Players were separated into 2 groups of 5 and 2 of 4 to play in a round robin format. The winners of each group went forward to the semi-finals. The groups were as follows:- 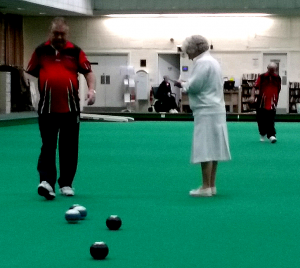 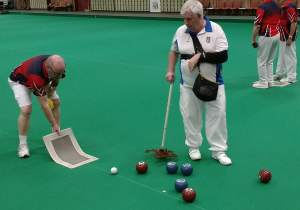 The group matches were hotly contested resulting in Mike Robertson, Gary Swift, Bob Love (only by 1 shot) and John Rogers progressing to the next round.

The first semi-final was between Gary Swift and Bob Love. Bob hit good form dominating from the first end and ran out 21-3 winner.

The second semi between Mike Robertson and John Rogers was a closer affair. John took a slender lead before Mike closed the gap to 2 points. John eventually won 21-14.

The final saw Bob continue his good form powering to a 21-12 win over John.


The whole weekend presented an excellent display of bowling, well organised by Margaret Smith and her team of helpers from Gedling IBC.

Many thanks go to Margaret, all the helpers, families and supporters for making this an excellent tournament.