Reaching the National finals of your sport is a proud moment for any sports person. Three DBE members commenced their road to this seasons EIBA finals last October. The Ladies played their Finals matches at Melton Mowbray IBC and the Men at Nottingham IBC. 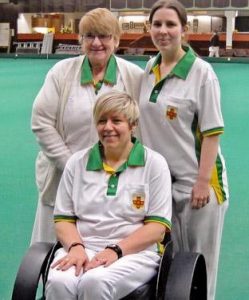 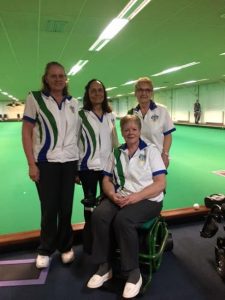 The Ladies Fours from Sutton IBC included our Pauline Stanley. They won their Preliminary match against Dolphin after an extra end by 13 shot to 12. Their journey ended when they met Riverain in the Quarter Final, losing by 17-10.

Pauline Stanley also featured in the Ladies O50’s Two Wood Pairs. Pauline’s Sutton team were extremely unlucky to lose in the Preliminary round to the eventual Champions Wey Valley 15-14. What a brilliant match. 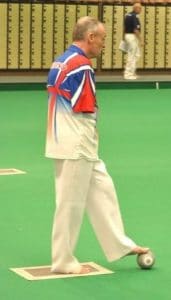 The Men’s Over 60’s Singles saw DBE’s Bob Love of Tamworth IBC come up against S Jeapes of Falaise BC in the 1st Round. This was a nip and tuck affair with the score at 19 – 19 on the pen-ultimate end, sadly dropping 2 shots to finish 21-19 to Jeapes.

Bob Love, joined by Neil Southall, also of Tamworth IBC, in the Over 60’s Pairs, again took his match to an extra end losing 19-16 to Barking BC.

Congratulations to all our bowlers and their team colleagues, what a fantastic achievement.