On Sunday 25th July the 8 winners from the Regional Singles competitions arrived at Royal Leamington Spa B C for the play offs.

The 8 players were split into 2 groups, each player playing 3 matches to find a group winner.

In Group 1, Isaac Shieh, Jack Pullin, Kieran Rollings and Arthur Redfearn played each other and after the 3 rounds of matches there was a clear group winner who won all his matches, Kieran Rollings, he progresses to the Final.

In Group 2, Steve Stockley, Mike Diston, Steve Ireland and Mike Robertson played each other and after the 3 rounds of matches there was also a clear group winner again winning all of his matches, Mike Robertson.

Disability Bowls England would like to thank the following who gave up their time to mark matches Martin Preedy, Geoff Ward, Nigel Roach, Raymond Patterson-Mordon and Joan Weater-Clarke. A big thank you also to John Radford who was our Umpire for the day.

We look forward to seeing the final during the Bowls England National Finals on the 30th of August. 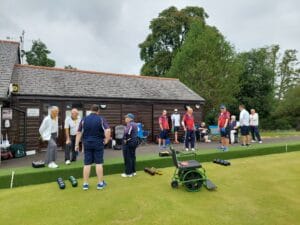 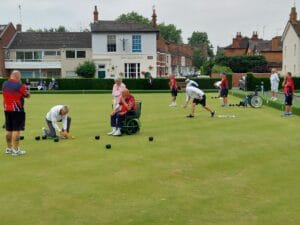 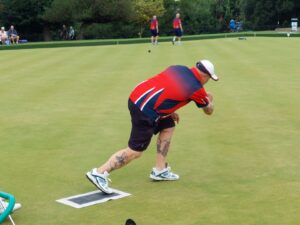 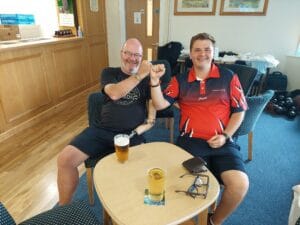