END_OF_DOCUMENT_TOKEN_TO_BE_REPLACED

From 11.30 the players and supporters started to arrive, by 12.30 the vast majority had arrived and the atmosphere and expectation had increased, it was a glorious day and the sun had got it’s hat on.

END_OF_DOCUMENT_TOKEN_TO_BE_REPLACED

On Saturday 11 May DBE played Howard Park at Basingstoke. A big thank you to Peter Bench, captain of Howard Park, for making DBE so welcome and for providing Ian Gourlay and David Collins to play for us.  The match was played in a fantastic spirit with conditions to match and was enjoyed by all. The facilities at Howard Park in their newly refurbished pavilion were second to none.  The green was excellent.  All the DBE team would like to give a big thank you to the catering staff for the post match buffet which was superb.  All at DBE were made to feel extremely welcome and are looking forward to playing there in the future.

END_OF_DOCUMENT_TOKEN_TO_BE_REPLACED

Initially, it was a disappointing turnout for the DBE Maiden Pairs event with 2 teams withdrawing just before the event and another pulling out on the day due to illness.

END_OF_DOCUMENT_TOKEN_TO_BE_REPLACED

Tamworth Indoor Bowls Club entertained a Disability Bowls England squad including players from as far a field as Plymouth and Sunderland.

END_OF_DOCUMENT_TOKEN_TO_BE_REPLACED 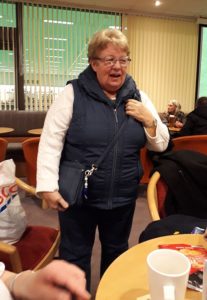 The event held at 5 different venues on the same day brought together a huge number of players with disability and has helped clubs appreciate that they have players who may need a little assistance but fully able to compete and be inclusive in a club environment.

Such was the enthusiasm that teams around the country have shown interest in forming leagues to regularly compete with and against players with a disability.

Results at each venue:

DBE would like to thank all five clubs hosting this event for their help and support. 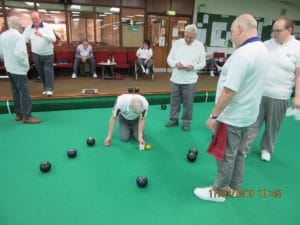 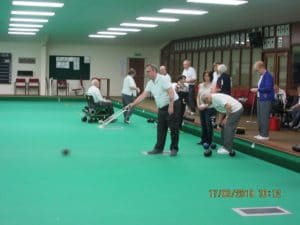 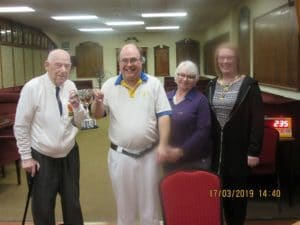 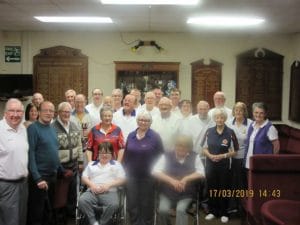 Scotland and Wales were the first to battle for honours resulting in Scotland winning 5 of the 6 matches and leading the group 10-2 on points. England had to wait until the evening before they commenced their retention of their title against Wales.

England triples squad of Craig Bowler, Bob Love and skip Helen Wood lead the way with a 22-7 victory.  Triples team Mark Cooper, Keiran Rollings and Mike Robertson struggled in the early exchanges with their Welsh opposition, their skip couldn’t fail with any shot he played and by half way they lead 9-2. Mistakes entered their game and Mikes team gained confidence slowly overtaking them to win 16-12.  VI singles bowlers AlisonYearling and Sarah Marshall lead all the way in tough games before winning 20-15 and 21-14. New VI cap Darren started very strongly dominating his singles until the latter stages when, with 20 minutes left and Darren leading 20-12, his Welsh opponent staged a come back, he kept fighting right up to the bell, Darren survived the late onslaught to win 20-19. England ended the evening winning 5 of 6 games and tied on points with Scotland.

Scotland and England clashed for the first time early Saturday morning. All six matches were very competitively fought, no one wanting to give an inch. After 75 minutes both teams had won 3 matches each and Scotland had a shots advantage of +2 for the session. Scotland and England were tied on points but England trailed by 19 shots.

Wales and England met after Saturday lunch and England really turned the screw. Bob Love lead the rout, whitewashing their No. 1 singles player. Keiran dominated the Welsh No.2 winning 21-3. VI pair Sarah and Alison easily won 18-11, pairs Mike & Mark and Helen & Craig easily took their games 19-6 and 17-8. So 5 matches out 5. The last to finish was Ron Hamer and Darren Moon, they had a titanic battle against their Welsh VI opponents – the bell had rung with the game score 9-9, Ron had the last wood and no one could decide which team held shot. What should Ron do? He decided to draw on his forehand and pulled it wide. The Umpire was called, she measured, not once, not twice but 3 times then gave the shot to England. A session game white wash by England and with a +69 shot difference. England lead the table on 28 points and reversed the shot difference to +50.

Scotland entertained Wales in the evening knowing they needed a big win to keep in touch with England. Wales were not giving up, old rivalries prevailed. Scotland took the session 4 games to 2 and +27 shots. Scotland were under severe pressure needing to beat England 4-2 and to record a high shots advantage.

Sunday morning brought the two adversaries to the final session. Battled commenced at 10 and our Captain and Mr Reliable, Bob Love, lead the way winning the first singles 21-5. Keiran took an early lead in his singles but, Scotland’s Michael Simpson pushed hard and narrowed the gap to 4 points, the standard of bowls was fantastic from both players, Keiran held out winning 21-15. England need one more win to make sure of the title. Scotland won their first and second game, 2 games each now with two to finish. Helen Wood and Craig Bowler were battling against Garry Brown and George Guthrie, Craig was outwitting George and Helen was playing a brilliant skips role out skipping Garry end after end, bringing the match and Championship to England 15-7. Scotland and England tied the session 3-3.

Scotland finished the tournament on 30 points, Wales 8 and England won the Championship with 34.

A fantastic Championship, very well hosted by the Scottish IBA and Glasgow Indoor Bowls Club. A huge THANK YOU goes to all the organisers, helpers, supporters, England team management and of course the team for creating such a brilliant event.